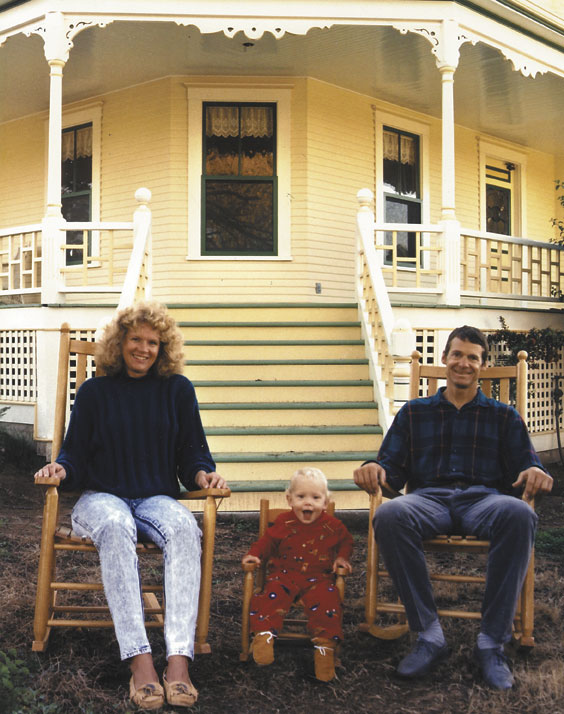 In July 2006, Christy and John Walton donated their former home and garden in National City to the International Community Foundation with the goal of leveraging the property to engage, grow, and promote healthy communities and dialogue through civic engagement and philanthropy in the San Diego-Baja California border region.

After securing zoning approval, the International Community Foundation relocated its offices to the property and then began restoring the 1925 era craftsman home which is now its headquarters. The restoration was made possible thanks to the support of the foundation’s many friends and supporters.

The International Community Foundation established a Type 1 supporting organization in late 2007, the ICF Center for Cross-Border Philanthropy (“The Center”)  to maximize the full potential of the Walton gift. Founding board members were Mary Walshok, Rick Romney and Gabriela Flores with Richard Kiy serving as interim Executive Director. In October 2009, the Foundation gifted its 6.85 acre property to the Center. By March 2010, the first children’s field trip began, serving the National School District.

Today, the “Center” has been renamed “Olivewood Gardens and Learning Center” and has been charged with an important mission to connect and motivate youth and adults through organic gardening, environmental stewardship, and nutrition education, inspiring them to be healthy and active citizens. Olivewood Gardens is proud of its early roots and continues to partner with the International Community Foundation, offering its facilities to help further the cross-border philanthropic mission of the foundation.

Olivewood’s nutrition education program began in March 2010 in partnership with Chef Julie Darling. Since that time hundreds of local San Diego and Tijuana chefs and food professionals have donated their time to the Olivewood kitchen. In October, 2011 Olivewood named the kitchen “The Darling Kitchen,” in honor of Chef Julie Darling.

Olivewood Gardens is thankful to the founding donors of the Foundation that sowed the seeds for our organization:

A special thanks also goes out to Alan Rubin, Elinor Merideth of Szelzer Caplan Vitek, Gerald Myres, Lucy Killea, and Richard Romney, that gave so generously of their time during the foundation’s efforts to secure zoning and permitting approval for the property.